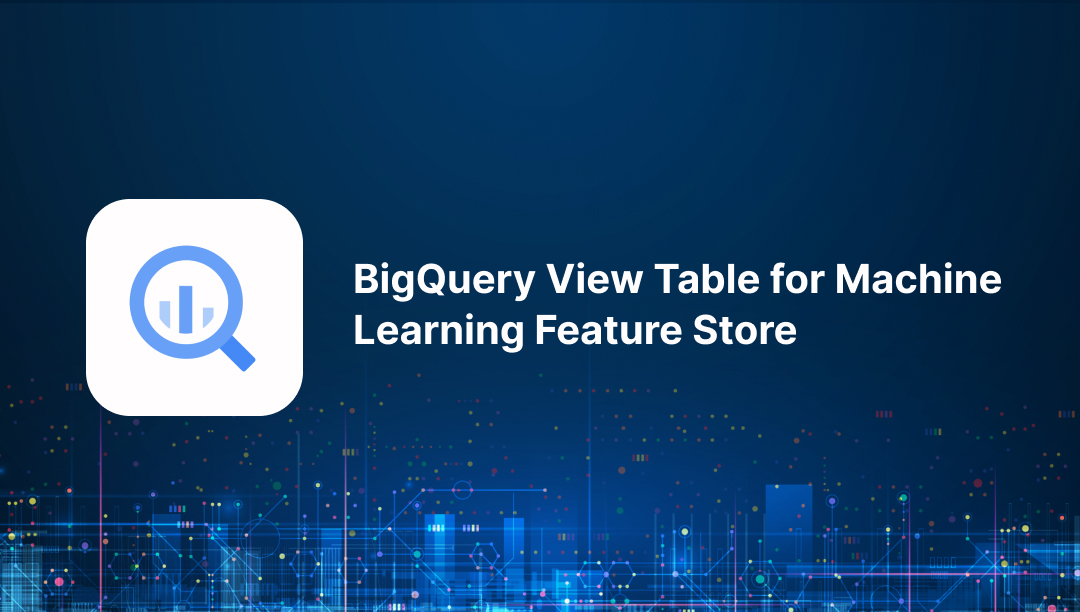 At AnyMind, we are developing our MLOps environment from scratch and in a previous article, we introduced the machine learning batch prediction architecture using Vertex AI.

As noted in this article, the model training pipeline used to load dataset directly from the product-side RDB, as shown below.

A problem was that RDB was adopted to meet product requirements and was not suitable for processing data for machine learning. We solved that problem by introducing following functions with Cloud Composer (Airflow) as data pipeline.

After the article, we handed over the data transfer part from RDB to BigQuery to the development team on the product side. We also added a process to create a common data set for machine learning. So the current architecture is as follows.

The completion of the batch prediction workflow and other dependent workflows is confirmed by a flag file, which those workflows creates in Google Cloud Storage (GCS) after they are completed.

The following problems were identified while operating Cloud Composer (Airflow).

Regarding the first, our machine learning engineers are in charge of everything from problem setup, model investigation and validation to development and operation, and the scope of development includes data creation, model training, and model serving. This has made it necessary to reduce the amount of knowledge required for development in order to have more resources available to devote to the essential tasks: problem formulation and model investigation and validation. In addition, Airflow was over-specified because the data creation pipeline for machine learning does not involve processing with very complex dependencies.

The above problems can be solved with a framework that can register SQL queries and resolve their dependencies.

BigQuery View Table allows you to register an SQL query and get the results of the query by reading the table, and we found that the dependency can be resolved by devising a deployment method. In addition, BigQuery View Tables are referenced in the same way as regular tables, eliminating the need for modifications to the model training pipeline that already references the tables. For these reasons, we decided to create a data infrastructure for machine learning based on the BigQuery View Table.

The use of BigQuery View Table also provided the following benefits:

The BigQuery View Table executes the registered SQL query at the time it is referenced to retrieve the latest data at that point in time. For the first, when using the data creation pipeline, the model training pipeline would need to detect its completion, but this is not necessary when using BigQuery View Tables. Also, there is no need to monitor or recover from the processing that was required in the data creation pipeline, and if processing in the BigQuery View Table fails due to network errors, etc., retry can be executed from the model training pipeline. This has reduced operational costs, including psychological ones.

The overall architecture is as follows. The part using Cloud Composer mentioned above are all replaced with BigQuery View Table. The next section describes why we separated datasets like this.

Stopping the use of Cloud Composer makes it harder to describe dependencies between table creation jobs. In order to prevent tables from referencing each other and to clarify the role of each table, we separated datasets with the following rules.

We also allow table to reference to other tables in the same dataset as long as tables are created in the correct dataset.

The above directory is prepared in the repository where View tables are deployed. When SQL query is put under query/target_dataset_name/ as table_name.sql, the query will be registered as a View table. If you modify the registered .sql file, the changes will be reflected in the View table.

The View table is deployed with the following code.

The data used to train models must be retained for model debugging. Since the BigQuery View Table always returns latest results of the query at that time, subsequent model training pipeline stores the acquired data in the GCS when the data is loaded.

To reduce costs, an object life cycle is set for the destination GCS bucket, and data is deleted after a set period of time.

The major disadvantages of using BigQuery View Tables compared to regular tables are as follows.

These can be handled without modifying the code on the loading side by caching query results or using Materialized View. We are also considering replacing some of the View tables with regular tables using Cloud Composer if necessary.

In addition, compared to using Cloud Composer, the following is disadvantage.

In this regard, since it is currently sufficient to resolve dependencies between tables, and the dependencies cannot be complex, the aforementioned deployment flow can solve this problem. However, if there are future projects that require workflow processing, we would consider using BigQuery View Table and Cloud Composer together only for those projects.