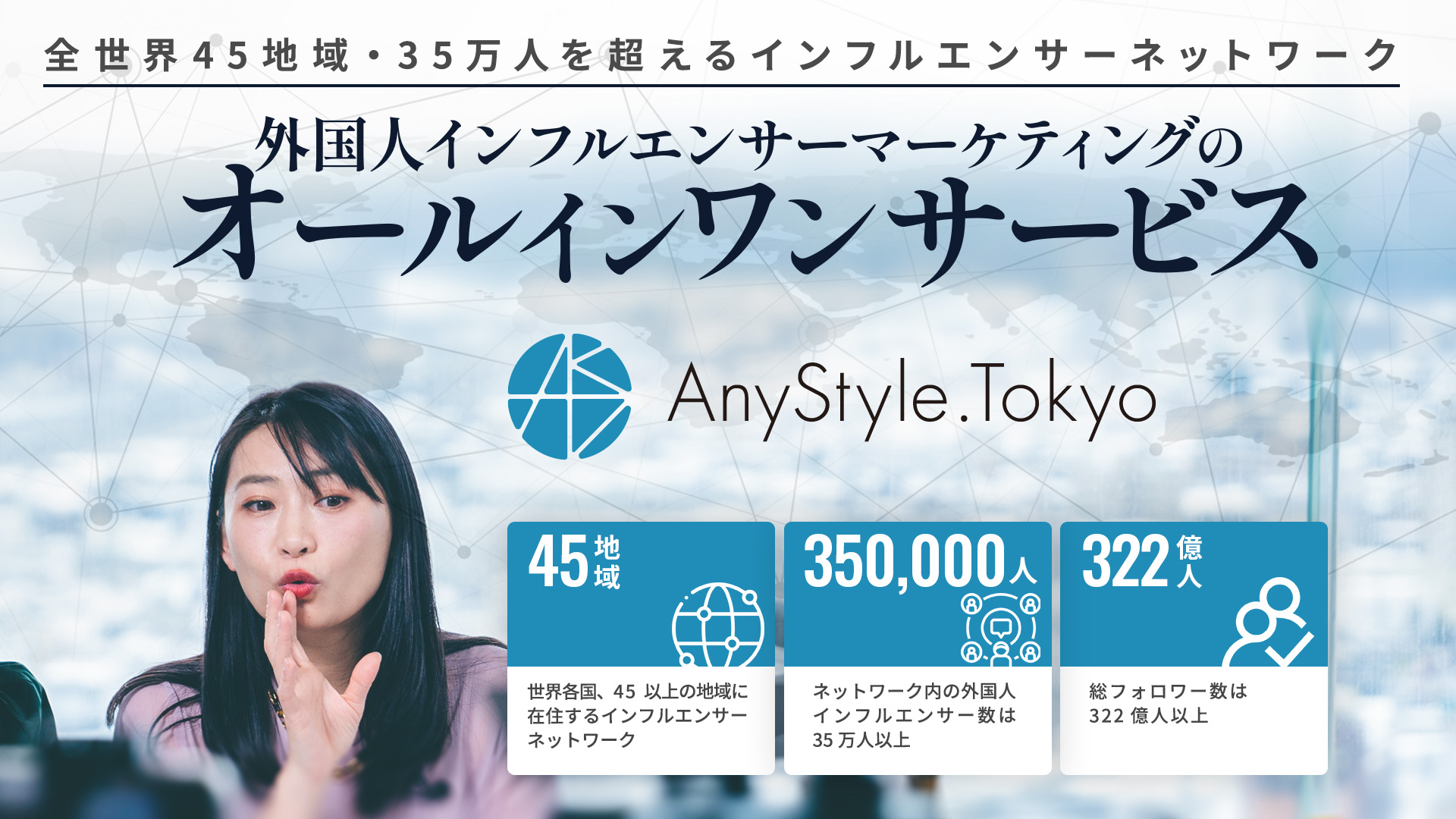 With COVID-19, opportunities for offline inbound and overseas promotions have decreased. However, the demand for online and social media-based promotions have increased. The pandemic became a turning point for companies, ministries and local governments in Japan, as they moved toward online promotions.

An increasing number of countries have lifted travel restrictions and the Japanese government recently released a statement on the easing of entry restrictions. With signs of resumption for inbound travel into Japan, online promotion through social media is expected to become even more crucial as the interest and demand from overseas increases.

AnyStyle.Tokyo was originally a network of foreign influencers living in Japan, but by integrating the functions of Japan Insiders, a service provided by ENGAWA which specializes in marketing support for foreign audiences in and outside Japan, AnyStyle.Tokyo will be able to provide a more comprehensive service for foreign influencers not only in Japan but all over the globe. By integrating the functions of Japan Insiders, it is now possible to provide companies with borderless marketing solutions globally.

Influencers and marketers can both benefit from the merged network, including inbound and outbound influencer marketing strategies, content strategies and more accurate influencer selection through AnyTag.