A closer look at influencer marketing in Thailand 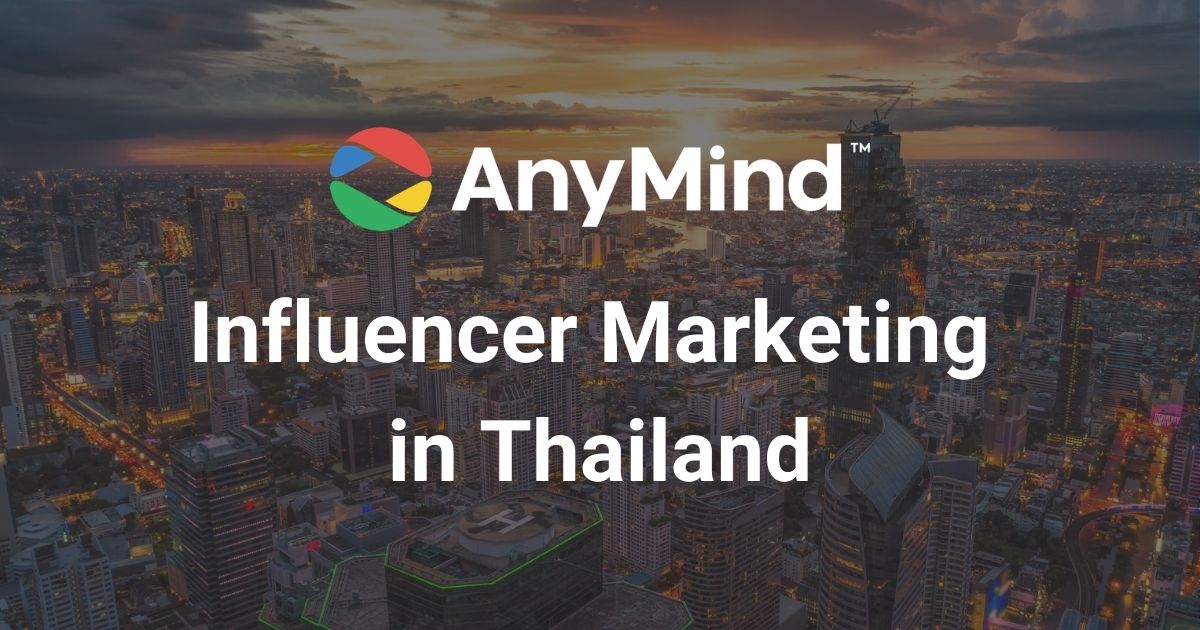 Thailand ranks as one of the fastest-growing markets for influencer marketing in Southeast Asia, and rightly so. With an increasing number of residents looking to become more connected than ever before, platforms like Facebook, LINE and Instagram are effectively connecting a fast-digitizing population.

Head here for more resources on influencer marketing in Thailand

With an increasing number of users online, it is no wonder that marketing functions in Thailand are shifting towards online channels over the past eight years, according to a report by the Digital Advertising Association of Thailand (DAAT).

All these stats are encouraging, but we have to ask the perennial question: “Where are these users on?”

It is amazing how much Facebook and YouTube have captured the population, with each holding 94% of all internet users in the aforementioned report. Instagram, Twitter and fast-rising star, TikTok make up the top five most-used social media platforms in Thailand.

“What about influencer marketing?” we hear you ask – based on data from the AnyTag platform (formerly known as CastingAsia), influencers are predominantly on YouTube, Facebook and Instagram. However, the past few months saw a sharp rise in the number of influencers starting up on TikTok.

In recent years, there has also been a proliferation of celebrities and high profile personalities creating more content on social media, a move that looked to open new avenues for them to engage with their fans (rather successfully we have to say). At the same time, we are seeing a stark rise in the number of micro and nano-influencers in Thailand, as social media continues its steady rise.

What are brands doing for influencer marketing in Thailand? Taking a closer look at the verticals where influencer marketing is most utilized, companies in the FMCG, beauty, e-commerce, automotive, gaming, gadgets, retail and finance, are the frontrunners, which reflect similar fields As the “2019 Top Industry Spending” section in the DAAT report mentioned above.

Additionally, content created by influencers for the FMCG, beauty, gaming and automotive verticals saw the highest engagement rates – a similar trend when it came to shares or post saves.

For lower-funnel objectives like clicks and conversions, a similar trend followed our insights into Indonesia and Japan – where post engagement or number of followers do not necessarily reflect the number of clicks or conversions, but a slight correlation was found between the number of shares on a post with a higher click rate. The biggest factor that drove a larger amount of clicks is by which influencer posted. Influencers who regularly posted similar types of content saw a higher amount of clicks on their content.

Tips from our team in Thailand With influencer marketing being used most regularly for upper-funnel objectives, utilizing social media platforms that are brand-friendly and allows influencers to create creative content is the way forward.

With content creation becoming easier and more accessible, the number of influencers will continue to rise in Thailand and the world. As such, influencers will need to find a way to stand out from the crowd through fun, creative and engaging content to draw in audiences.

On the other side of the equation, this will result in an overload of content across social media platforms, and as a marketer, it is important to pick the best influencers that match your brand image.

Once a marketer is done choosing the right social media platform for an influencer marketing campaign, it is necessary to understand your target audience based on the type of influencers you’re bringing into the campaign, in order to optimize campaign objectives by implementing the different strategies that apply to each category.

There are certain tiers of influencers as shown in the chart below, and analyzing various types of influencers will help you to define a niche target audience for your campaign.

Top Stars are those with more than a million followers, and are effective in driving impressions, reach and brand lift.

Macro-influencers in Thailand are those who have 100,000 followers to a million followers, with engagements and views the most common objectives.

Micro-influencers in Thailand are those with 10,000 to 100,000 followers, and have proven effective in driving clicks and conversions.

Rounding up the pyramid are nano-influencers and end-users, and the common strategy is to leverage their influence in driving brand connections, credibility and loyalty amongst their follower base.

At the same time, Thai marketing media, MarketingOops, has highlighted several categories of influencers, and they are:

Key Opinion Leader: Those who own authority over a specific topic and has the experience and the influence to engage and impact people. These include doctors, academics, professional advisors, designers, and more, and can fall anywhere from end-users to top stars.

Icon: These are personalities that have loyal followers or fanbases who are willing to buy products that their icon is using or promoting as a form of support.

Tribe Leader: These are leaders from different communities. Audiences usually respect and listen to their opinions, and they are often the leading authority in their community.

Social Peer: These are social connectors and can be anyone around us. They are able to spread messages through word-of-mouth or promoting certain social norms.

Starting from the acquisition of Moindy in March 2019, and the subsequent launch of AnyCreator (previously known as CastingAsia Creators Network), marketers can tap onto a wide base of celebrities, musicians, social media influencers and more in Thailand for influencer marketing campaigns.

If you’d like to find out more about social media influencer marketing in Thailand, try out the AnyTag platform, or speak to a representative, please fill out the form below.