On Valentine’s Day, AnyMind Group deployed its AdAsia brand and along with 3rd-party ad verification partner, Adloox, activated with a breakfast event in London, UK, discussing the ins and outs of advertising in Asia. 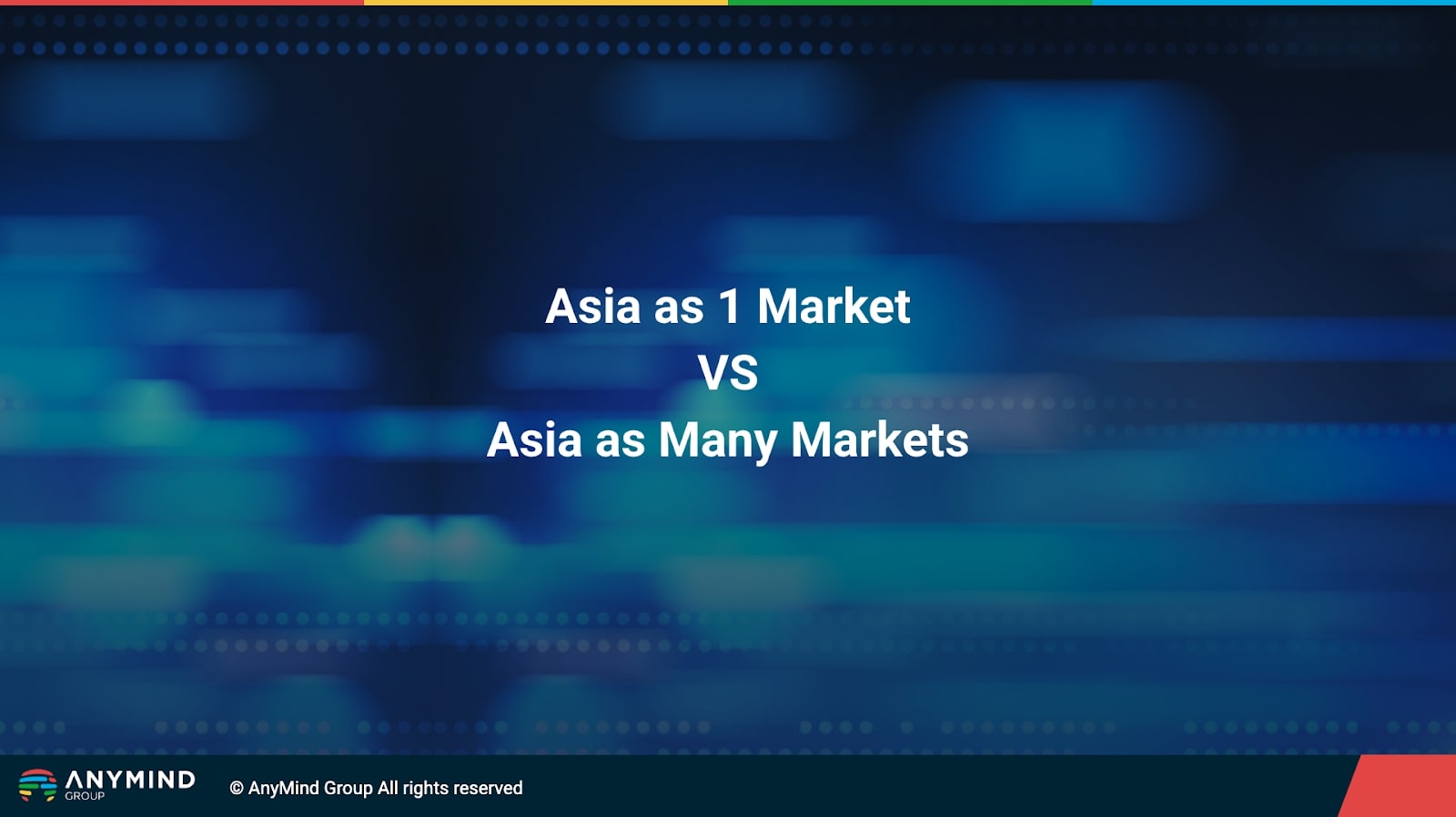 On Valentine’s Day, AnyMind Group deployed its Adloox, activated with a breakfast event in London, UK, discussing the ins and outs of advertising in Asia.

The charismatic Gavin Floyd, Deputy Head of Advertiser Engagement, started off proceedings, sharing about his experience moving from the UK to Singapore, and debunked a few myths about how marketers globally are approaching Asia.

Just looking at Southeast Asia alone, there are 10 diverse markets – each with their own unique consumer behaviors (consumption and social behaviours), spending power and languages. The region is also home to some of the greatest increases in spending power due to increasing incomes.

Another interesting tidbit is how each market has its own language and even different dialects in the same market. This is why local media outlets and sites have an arguably stronger influence compared to international outlets and sites – They produce content for their local audiences, in their own language.

Highlighting one of the publishers connected to the AdAsia Premium Marketplace specifically, Floyd shared about Pantip in Thailand: essentially Thailand’s own Reddit. The site sees the fourth highest traffic (160m monthly page views, and just behind Google.com, YouTube.com and Google.co.th) in Thailand, and is the go-to resource for Thai citizens for literally all kinds of information including reviews, experiences, questions, news and discussions.

Especially in Asia, people who are looking for information will do so in their own language or mother tongue, and not in English (apart from English speaking markets of course). Coupled with increased access to information, this has led to a large increase in local language-based websites. 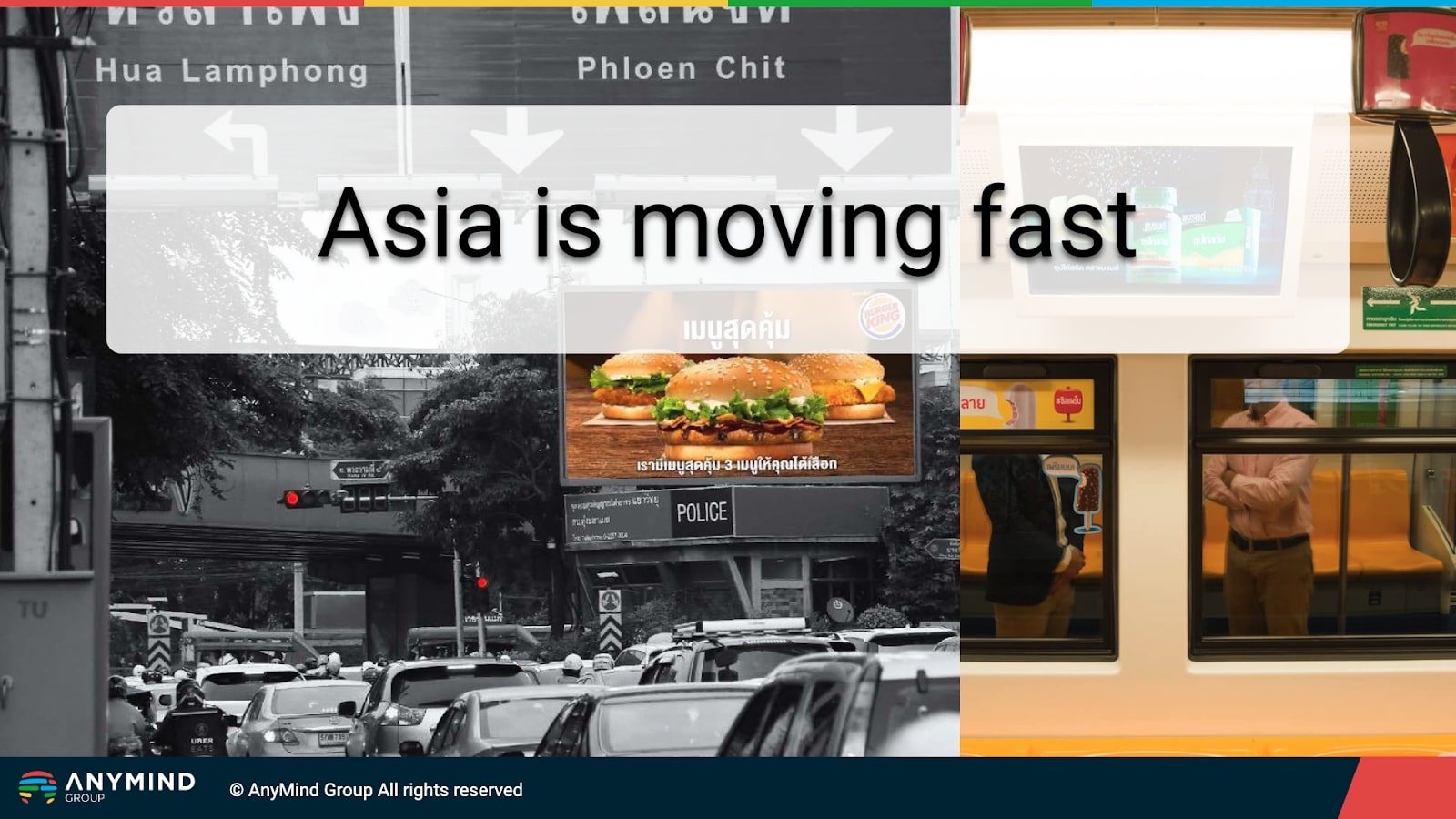 Giving an example of the Philippines, Floyd shared how improving infrastructure, greater affordability of connectivity, and increased access to information, has given impetus to the Philippines rapidly going digital.

Picture this: three years ago in Vietnam or Indonesia, even if marketers wanted to leverage on video ads, the network infrastructure was unable to support the delivery of video ads at scale. This resulted in a lot of video ads being lined up, but unable to be served to users or have high latencies, resulting in the user not even being able to enjoy the video ad or even not seeing the video ad that was triggered. 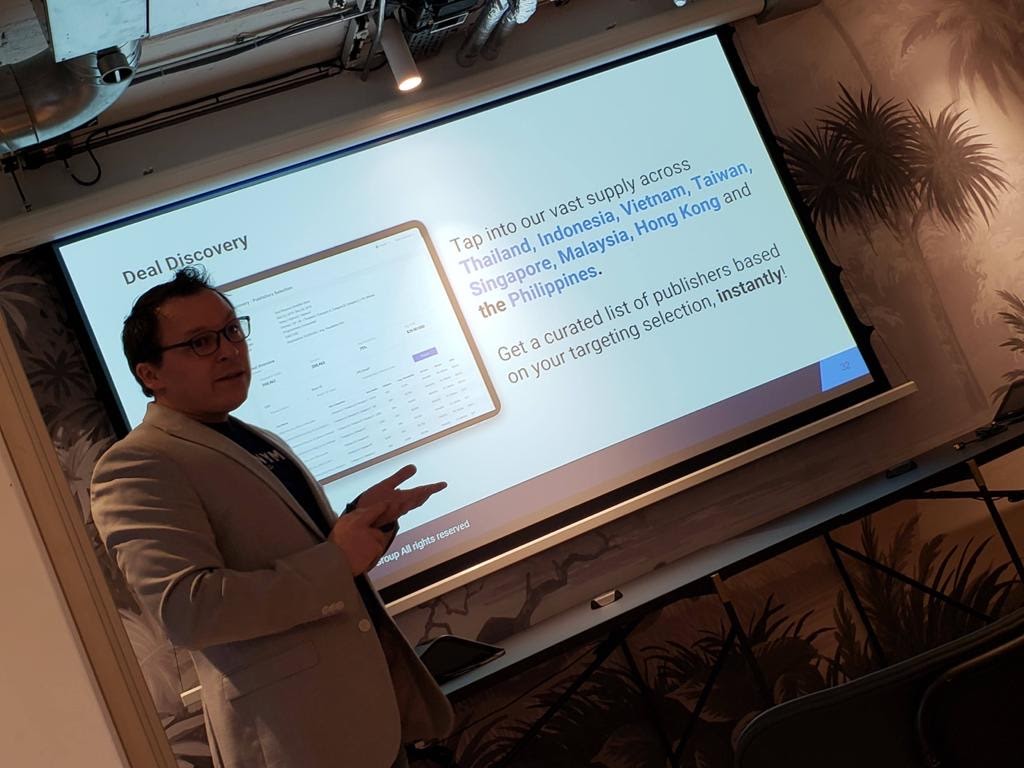 Katsuhiko Sato, also known as Sugar, then took to the stage to share with attendees about how the Japanese media landscape is stacking up for 2020.

As Deputy Head of Publisher Engagement at AdAsia and AnyMind Group, he equips publishers with the necessary tools, including the FourM360 platform, to drive increased site monetization. Sugar also covers the deal-making flow of PMPs in the Japan market.

He noted that even though Japan is a matured economy, there is still a shift of budgets towards digital platforms. In a major sporting event that happened four years ago (even though it was outside of Japan), a major online publisher in Japan saw a 2X increase in traffic-to-site. This year, traffic is predicted to increase even more.

He also shared about the range of publishers that clients of AdAsia and FourM can access, including general and business news, sports, automobile, travel, lifestyle and more. He mentioned that marketers will need to determine which audience segment they want to reach, in order to find the best ad inventory to procure. 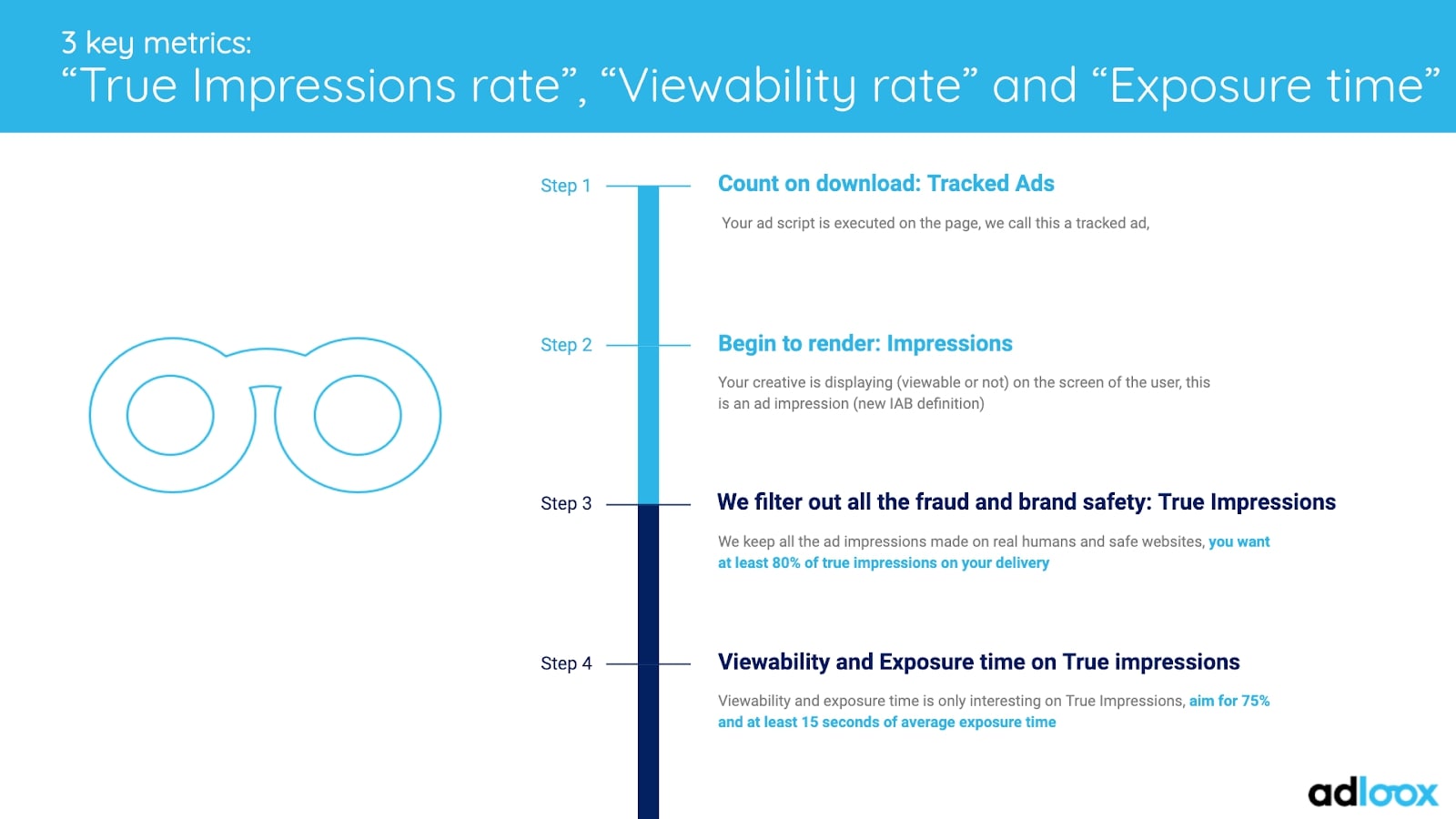 With Asia having so many languages, it’s important to work with a partner for brand safety that is able to detect the varied languages and linguistic nuances. 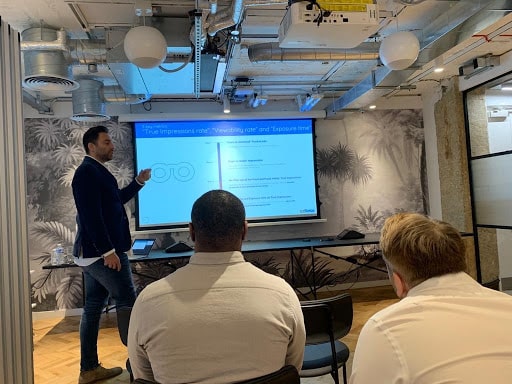 Additionally, 3 steps to ensure your ads are showing in a brand-safe environment include prebid filtration of sites (blacklisting on your preferred DSP), work with an ad verification partner to develop customizable blacklists and whitelists, and implement contextual blocking through your ad verification vendor. 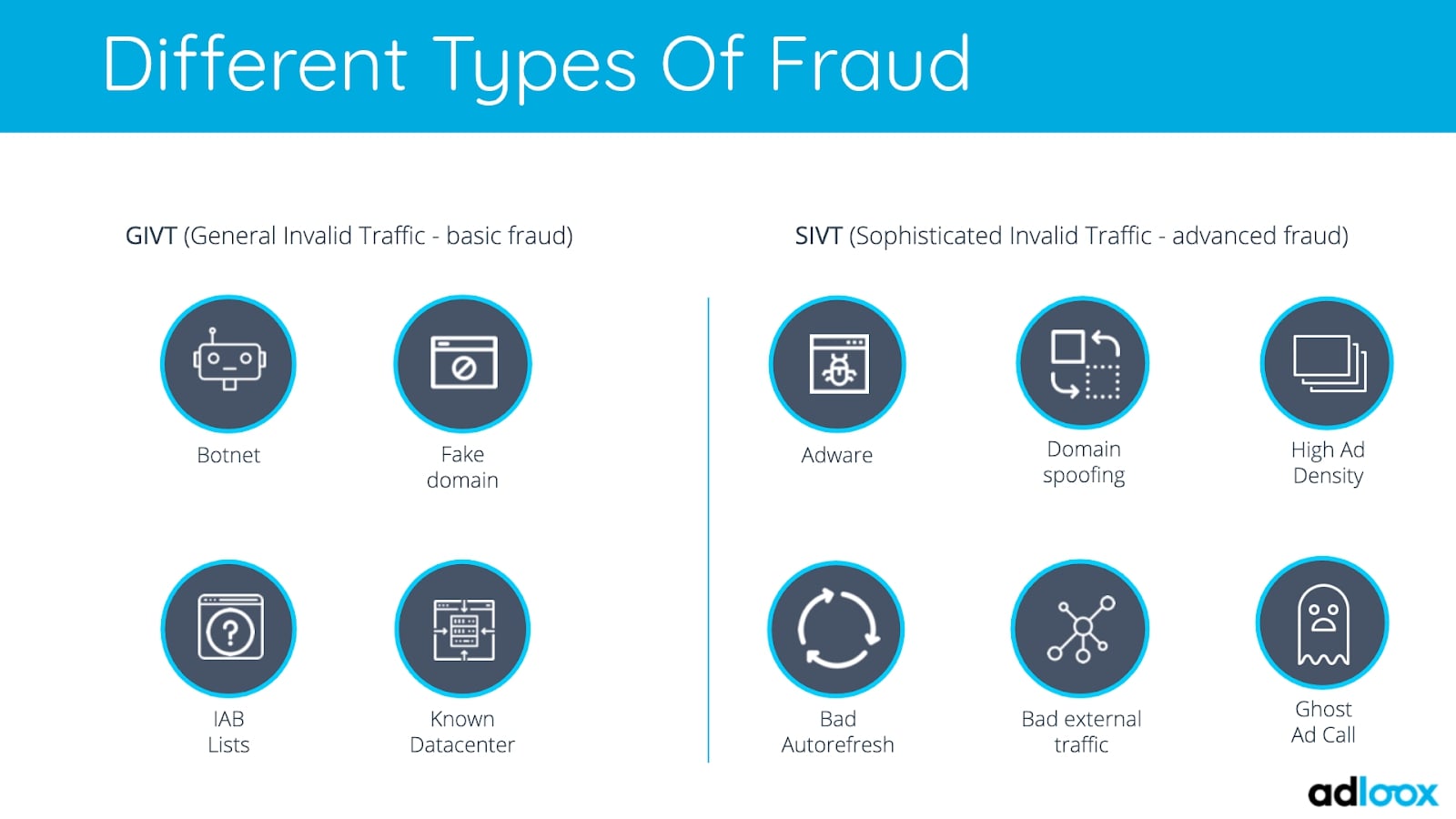 Apart from brand safety and fraud, Bellion shared about how marketers should measure viewability – a key metric in ensuring ads are being seen by real humans.

Apart from leveraging on an MRC-accredited tech partner, Adloox also provides marketers with a universal Adloox javascript tracker to ensure all environments and devices are tracked, personalized viewability criteria can be set up (including IAB standards), and precise measurements that leverage on 9 instantaneous, independent viewability sensors to ensure multi-layered protection.

Of course, we all love benchmarks – Based on digital media benchmarks for brand safety, fraud and viewability from the World Federation of Advertisers for Q4 2019, APAC performed average compared to other regions globally for both display and video ads.

The fraud metric provided a different picture, with Japan and China leading the way versus 12 other markets for the highest fraudulent traffic, whilst the viewability metric saw Japan and New Zealand as the markets with the lowest impressions reported as in-view.

Bellion also shared Adloox’s own benchmarks for APAC, with Indonesia and Japan ranking lowest on the “Net Viewability on True Impressions” metric. Additionally, Bellion pulled out a snapshot of Japanese publishers accessible through the AdAsia Premium Marketplace, with all publishers showing 3X better “True Impressions” compared to the market benchmark for Japan. To cap things off, Bellion ended the breakfast session with three things marketers should take note of for the coming year:
– With tightened privacy regulations, user attention and advertising context is fundamental for marketers today
– Building a strong and integrated stack with the right partners is the best way to scale globally and based on performance
– Vendors need to become partners for marketers, and accountability and transparency are key to helping marketers achieve their objectives

Keen to know why the last two images were blurred out? That’s because we will be holding a follow-up webinar, and Adloox will be sharing the data during the webinar. Watch this space!

Head here to register for our webinar