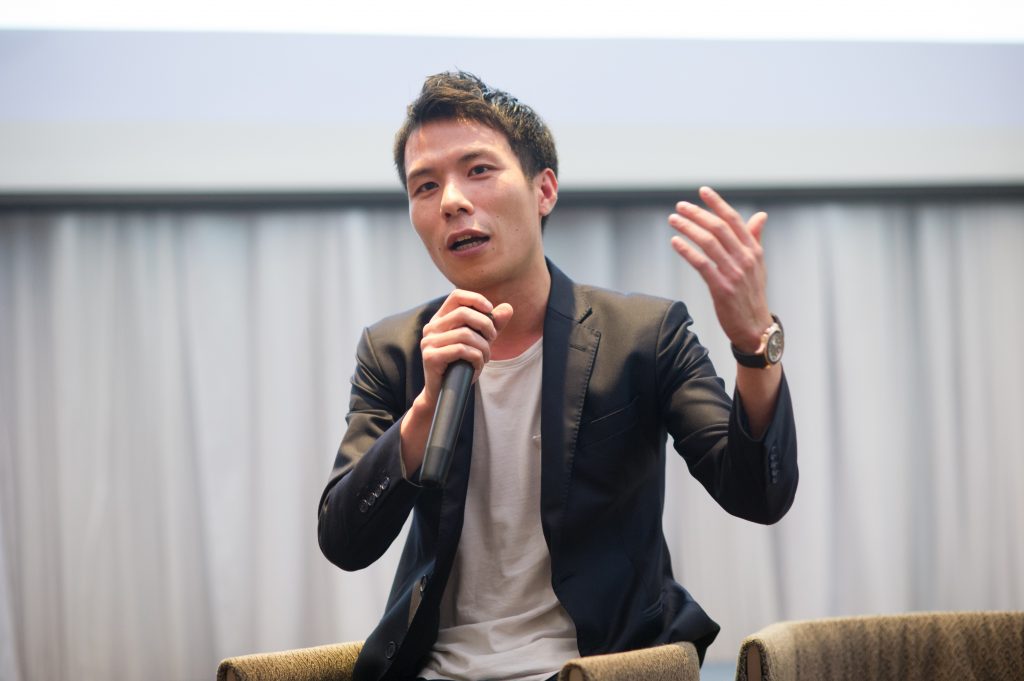 Continuing on the maturation vein, the eve of AnyMind Group’s two-year anniversary saw over 80 staff come together for the very first AnyMind Group Leadership Bootcamp, a one-day training session for heads of local and regional teams, as well as department and country leads.

Jointly organised by the corporate strategy and communications departments, the day started with opening remarks by Kosuke Sogo, CEO and co-founder of AnyMind Group. Hitoshi Maruyama, CSO, and Vivek Misra, Director of Corporate Strategy, then took to the stage to give a brief rundown on initiatives that are being run across group level.

The key themes for the AnyMind Group Leadership Bootcamp centered around the company’s three pillars: People, Innovation and Localization.

The organization is spread out across 10 markets and 11 offices, including Singapore, Thailand, Indonesia, Vietnam, Taiwan, Cambodia, Hong Kong, Mainland China, Japan and Malaysia. This diversity guarantees a myriad of unique insights, challenges and opportunities, which the country leads gamely went into to finish up the opening portion of the Bootcamp.

As the company and its departments grow, it’s important to provide the leadership team with the knowledge and capabilities to run high-performing teams, helping their team members, as well as themselves, to develop professionally. That was the focus of the second portion of the Bootcamp, with a range of leaders speaking about their insights and experiences in people management.

The human resource department kicked things off, with Shiori Matsuyama, HR head, providing a theoretical point of view on the ideal qualities of a manager in AnyMind Group. Lidwina Anjani Putri, Manager of Advertiser Engagement in Indonesia, and also the recipient of the Best Manager award for 2017, then talked about the differences in being a ‘leader’ compared to just a ‘boss’.

Next, six managers had quick sharing sessions with the audience, providing practical and experience-driven approaches to people management. Mook Wanlapa, department lead for ad operations, shared how she built a knowledge sharing culture and fostered greater collaboration across her team. Trang Tran, ad operations lead for Vietnam, gave some insight into how she keeps her local team engaged. With the company having grown so quickly to 280 people in just two years, it is of paramount importance that all staff have a foundational set of values to work off of – the AnyMind Standard. A panel discussion around the AnyMind Standard, comprising of Otohiko Kozutsumi, COO and co-founder of AnyMind Group, Phuong Nguyen, Country Manager of Vietnam, and Takemoto Ryuji, Vice President of Engineering, delved deep into the topic, each even highlighting a person they work with that exemplifies the AnyMind Standard. 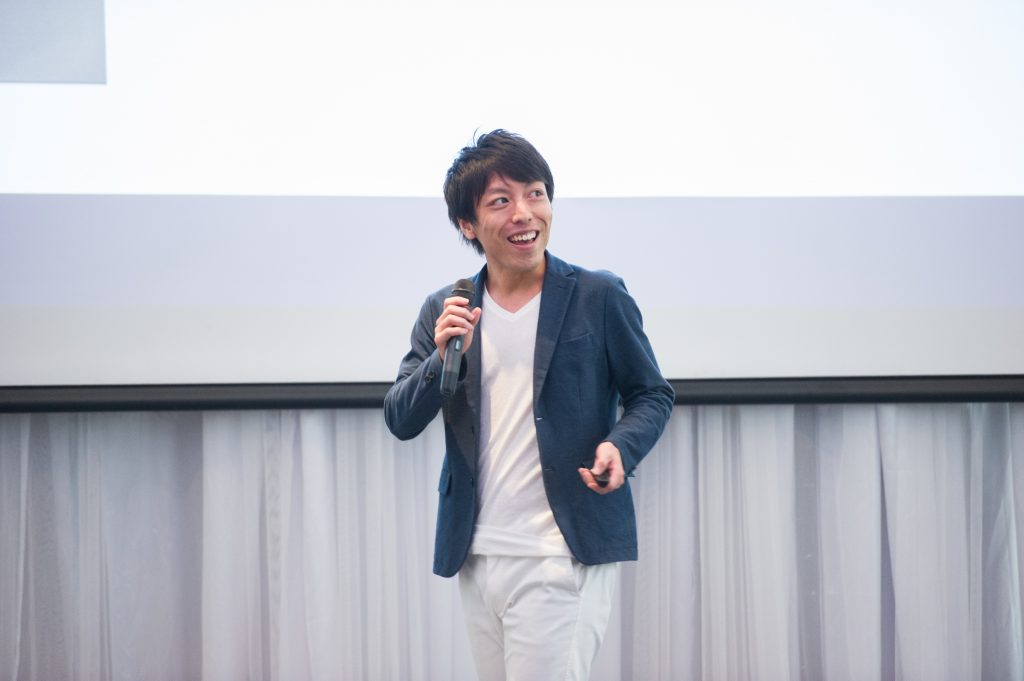 The following session saw a couple of the company’s first employees – Takashi Okazaki, Senior Manager of ad operations and Tripti Chaudhary, Senior Regional Manager of Corporate Strategy – talk about how the organisation and their roles have evolved over time. Much has changed since the company’s inception in April 2016, and as employees who have been around since the very beginning, they were able to present truly unique viewpoints and commentary. Finishing things off before the lunch break, CSO Hitoshi Maruyama then took the stage again, speaking on the need to embrace evolution and excelling in the face of the inevitable challenges of the future.

After a quick lunch break, it was time for the most intense part of the day: a deep dive into the products!

The product leads provided an overview of their products, before the attendees were separated into small groups for more in-depth discussions. With each group made up of members from a variety of job functions, this encouraged holistic discussions across and around the wide range of products, including the AdAsia Digital Platform for Advertisers and AdAsia Digital Platform for Publishers, AdAsia Video Platform, CastingAsia, and TalentMind.

A classroom session was next, further exploring topics such as artificial intelligence and its role in the organization, and data protection and usage, a key point given recent developments in the advertising sphere. To cap the Bootcamp off, CEO Kosuke Sogo once again took to the stage to recap the company’s business progress. Great news: revenue for the first quarter of 2018 was almost three times that of the same period in 2017!

And on to the awards: Every quarter, the best performing staff across AnyMind Group are recognized for their efforts. There were 3 categories up for grabs: MVP for Advertiser Engagement, MVP for Publisher Engagement and Best Corporate Staff.

As always, COO Otohiko Kozutsumi held court when it came to awards time. Having called for a drumroll, the winners for MVP for Advertiser Engagement award were announced – Bertha Cindy, Manager in Indonesia was awarded the bronze medal, Yuta Otani, Senior Manager in Thailand received the silver medal and Hikaru Tashiro, Manager in Singapore took top prize! Next up was the Best Corporate Staff award. There were seven nominations across the corporate strategy, finance, communications, and operations teams, highlighting the wide breadth of talent that we have in the backend! Vu Thu Trang from the ad operations department came in third, Kathy Kwok from the Communications department snagged second and Win from Thailand took first place. Looking back… and ahead

What started as AdAsia Holdings in April 2016 has now evolved into AnyMind Group – an organization that offers solutions across the advertising, marketing and human resource tech spheres. The AnyMind Group Leadership Bootcamp signified a ‘coming of age’ for the fast-growing company, but the leadership team was quick to emphasise that AnyMind Group is still just a two-year-old startup – there’s still lots more growing up to do.

How employees and future leaders navigate change and evolution will determine the future of the company. With the organisation’s first Leadership Bootcamp in the books and many more to come, investing in the development of its people will continue to be a top priority for AnyMind Group.